The application to execute does not exist

I really do love dotnet-script and its almost perfect integration with Visual Studio Code. But as it is a .Net Core global tool, and VSCode uses file-based task specifications which know nothing of this, things can sometimes break.

I’ve create a simple script for giving me a nice text to share whenever I post a new post to this site. Sure, this can be further automated, but you’ve got to start someplace.

For development I use two different Macs, an iMac at home and a MacBook Pro during my commute. I started coding this on my iMac, but on my ride to work I got this error while trying to debug from VSCode on my MacBook Pro:

The script ran fine from the shell using dotnet script main.csx. So what is the cause of this error?

To enable debugging in VSCode, dotnet-script uses a launch.json which can look like this:

The path to dotnet-script.dll looked fine, but it did not exist on disk. Listing the installed dotnet global tools, showed the following: 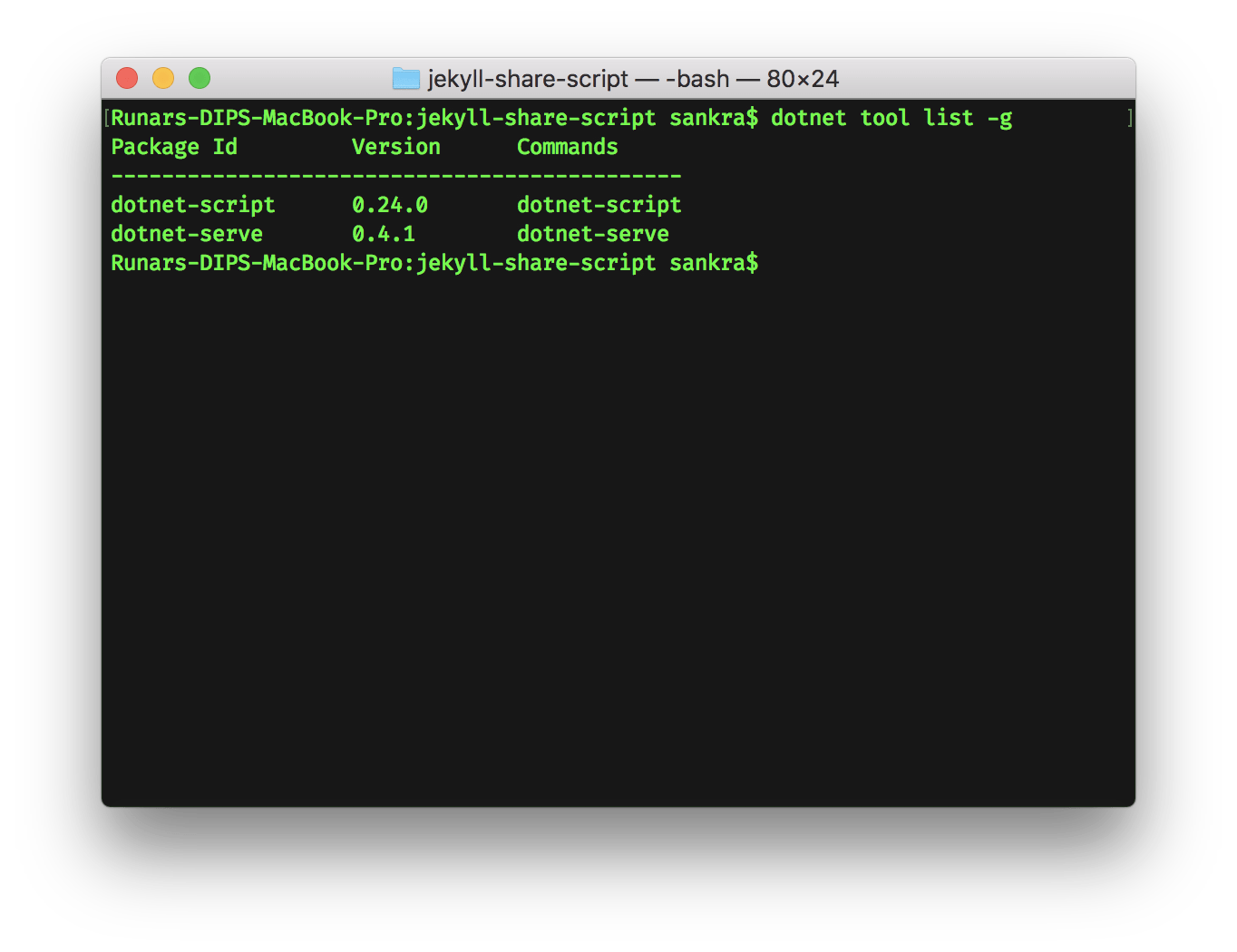 Some more smarts on VSCode’s side would’ve been nice, but at least I now know what to do if I encounter this particular error in the future.