Version 1.6 of Book Scanner now supports 64bit and has an iOS 8 today widget extension. While submitting this version to the App Store, I was presented with this dialog. 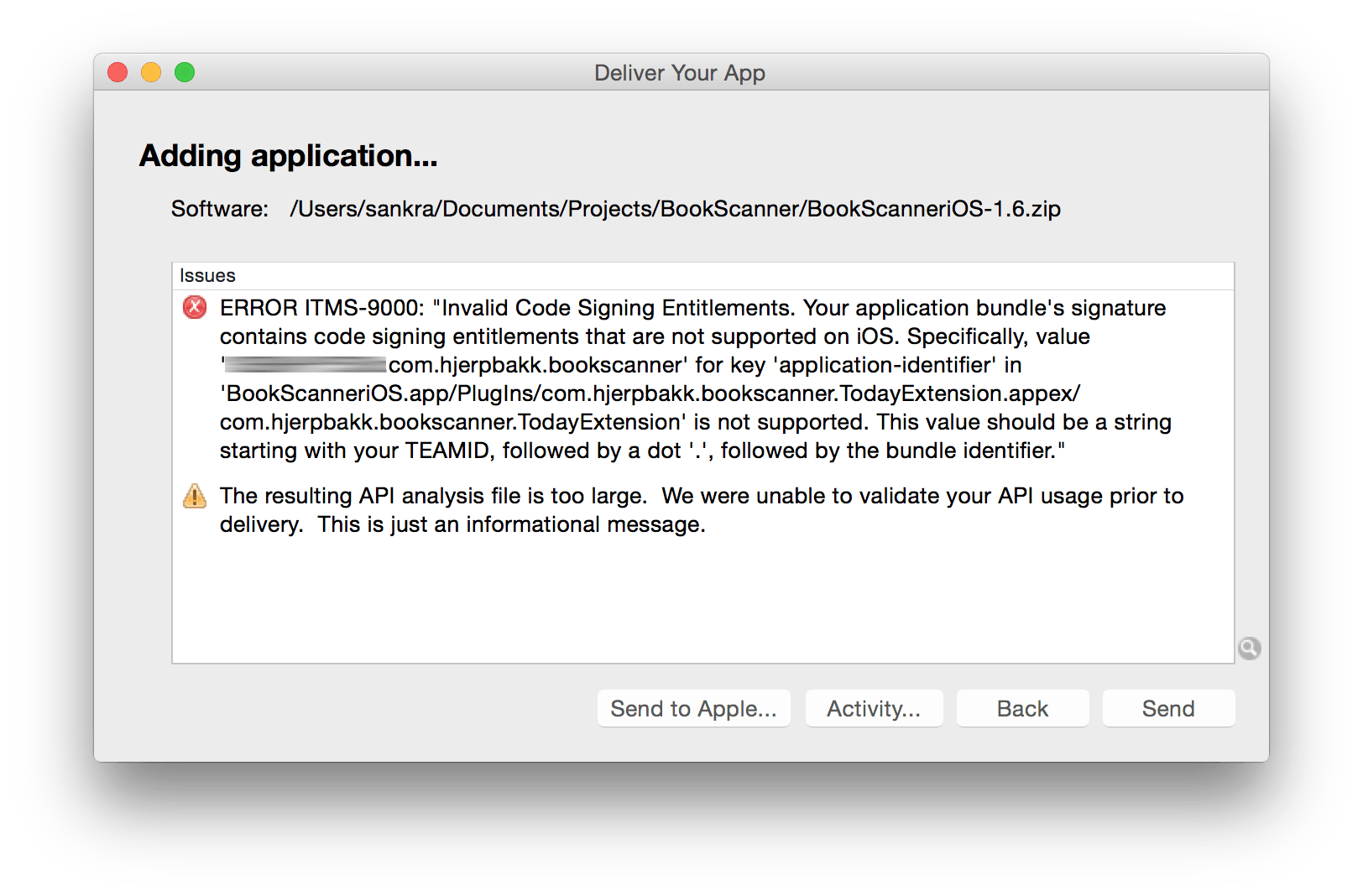 I'm using the Unified Xamarin API and I was certain that all the entitlements were correct.

After a round of Googling', I've found post on the Xamarin Forums. It mentions that this error will be fixed in a newer version of Xamarin iOS. I was using version 5.5.4 of Xamarin Studio and 8.4.0.43 of Xamarin iOS.