Continuing the theme of last night, today I improved the upgrade experience of my Raspberry Pi.

As per the documentation, update and upgrade are as easy as running these two commands. First update your system’s package list:

Then upgrade all installed packages to their latest version:

I use -y to answer yes to all prompts by default. Easy enough, but in our modern DevOpsy world, we need to automate this.

Automation to the rescue

I created a simple script in bash which creates these two commands as scheduled tasks using Cron. The image below shows my output of crontab -l: 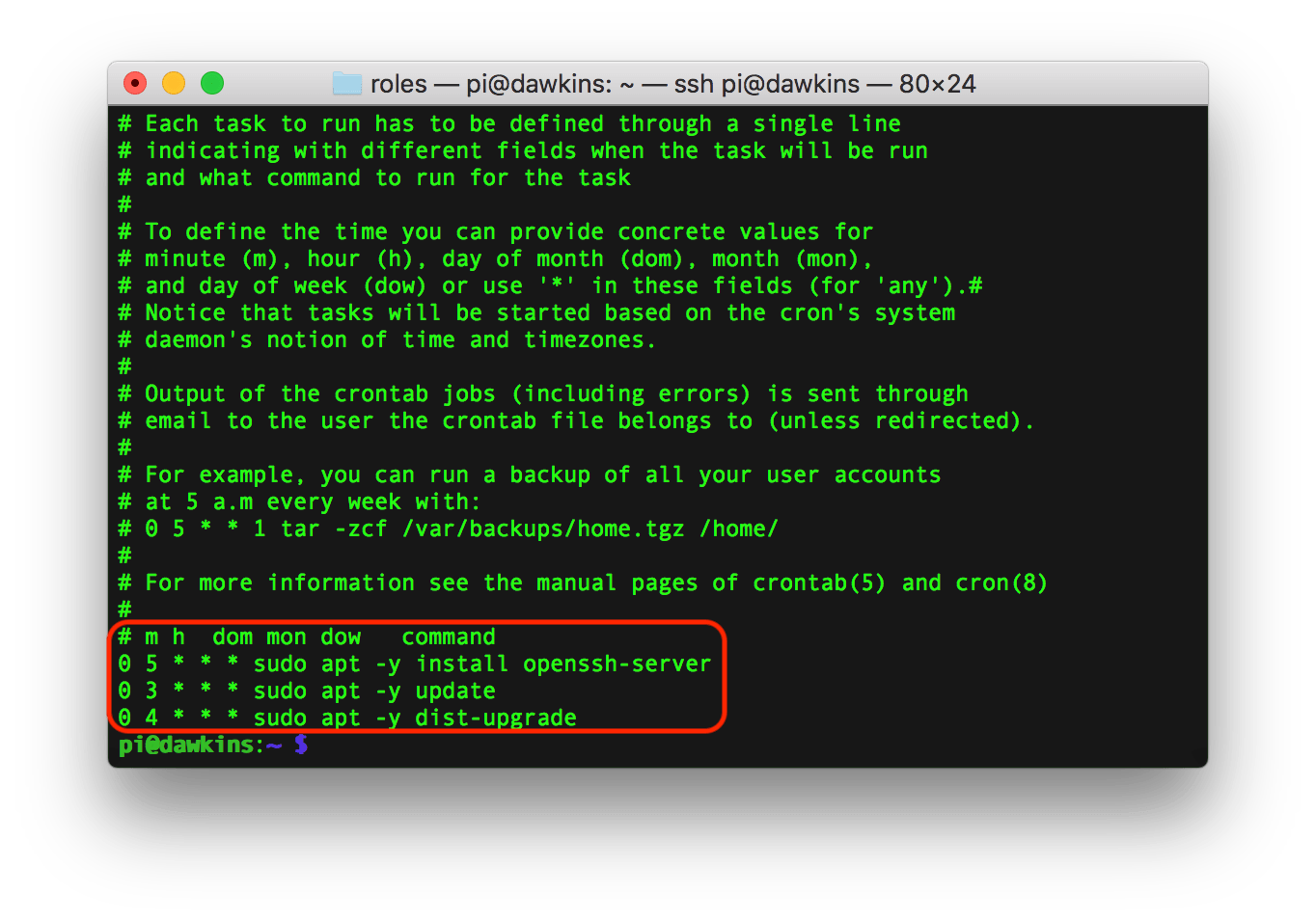 Let’s go through the update command from the script as an educational example :

Thus this script can be run anytime and the end result is that crontab runs both of these commands nightly.

The script can be downloaded and run directly on your Raspberry Pi, remember chmod +x, or it can be run straight from GitHub using curl:

Remember to never run scripts from the Internet without first understanding them!