Day One started with a long winding trek to the light that is the Build 2015 keynote. 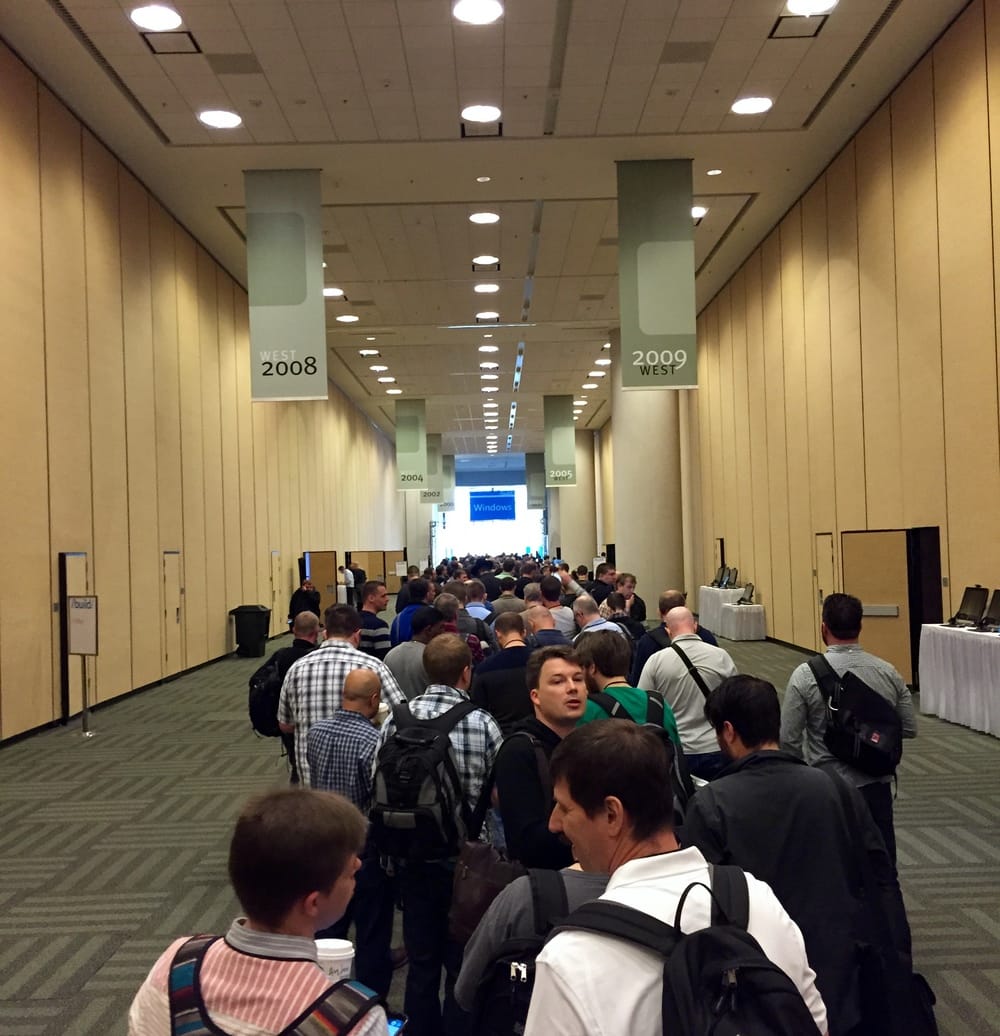 Light at the end of the tunnel.

Satya's first demo contained the Surface, a pen, a musical C# and F# joke and off course, an index out of bounds error. 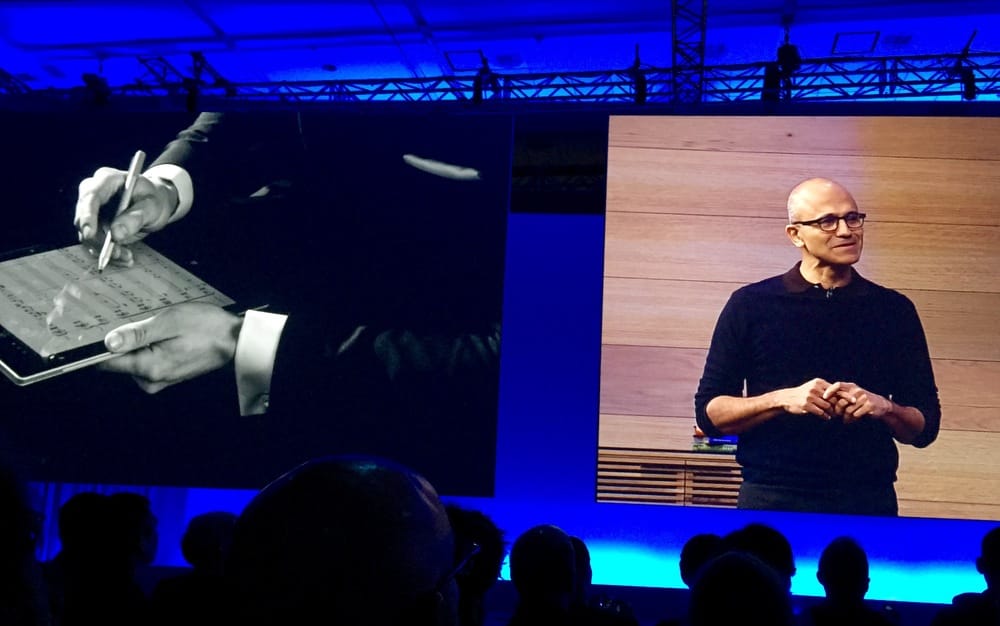 You mean there's more to F# than being a hipster programming language?

The Gu presented Azure as the only hyper cloud solution with more data center locations than Google and Amazon combined. Also you can leverage your existing skills, even Linux and JavaScript. 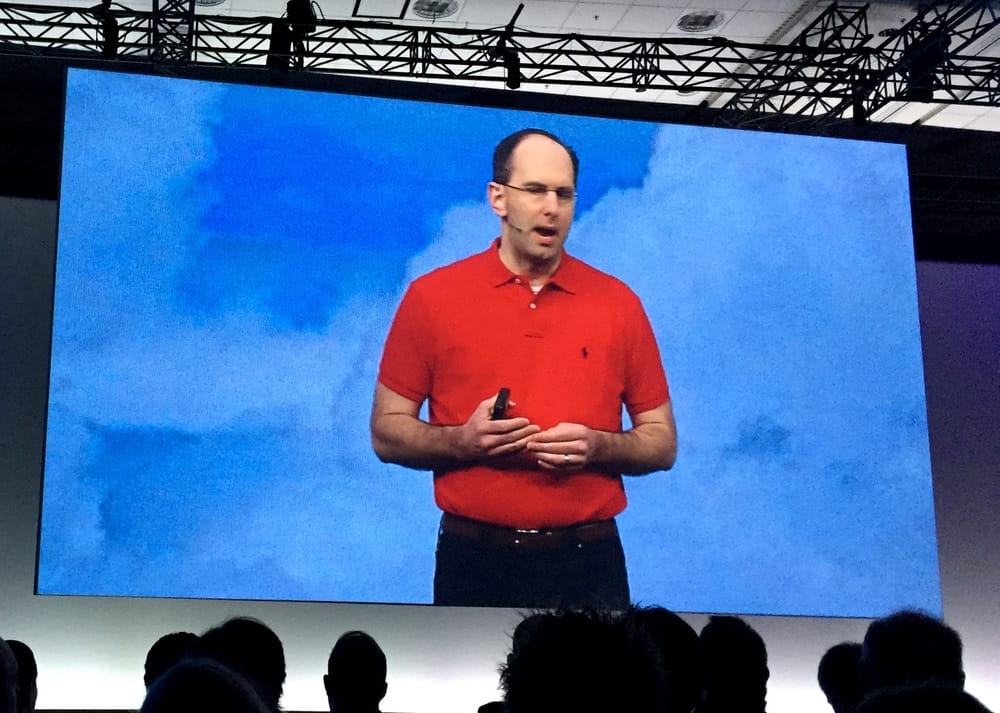 THIS IS THE BEST CLOUD!

Next was the CEO of Docker, Ben Golub, Docker for Windows is on. Like Donkey Kong. "Choose the best damn tools for the best damn application. And run it on any server". Love it! 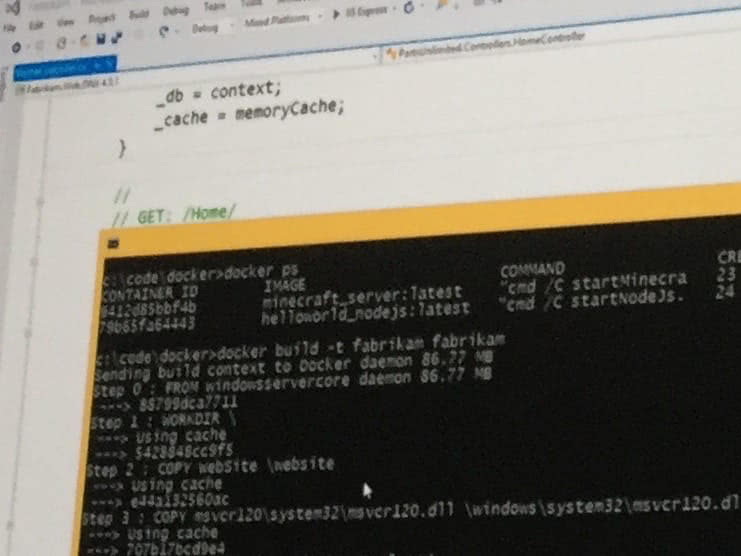 Attach the debugger from Visual Studio 2015 to a running Container and hitting breakpoints. Container running nix and .Net Core CLR. 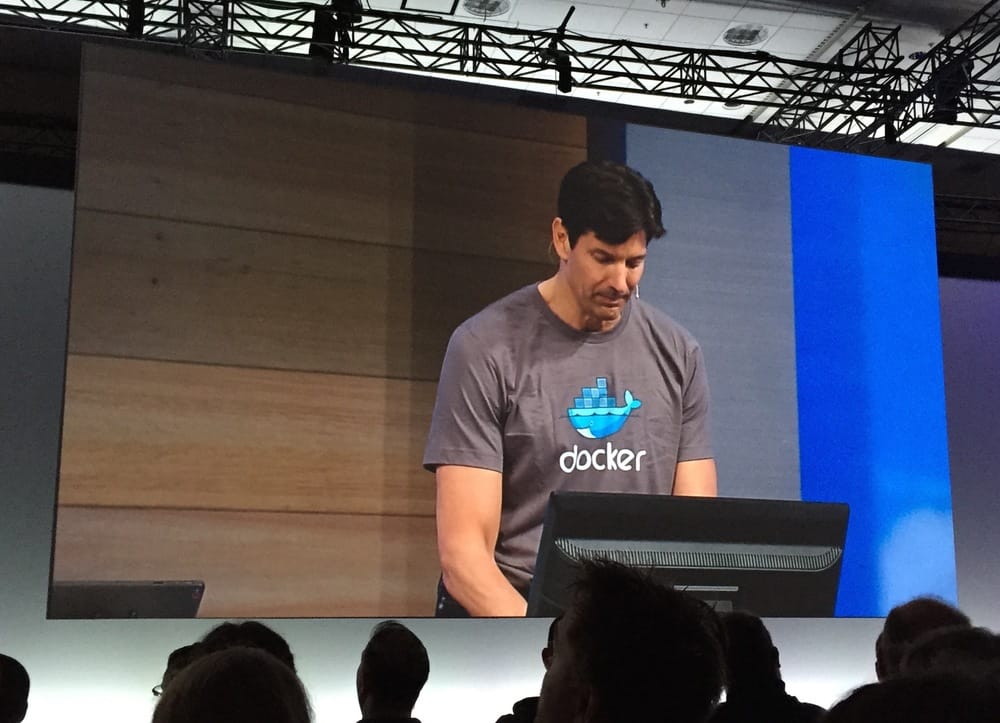 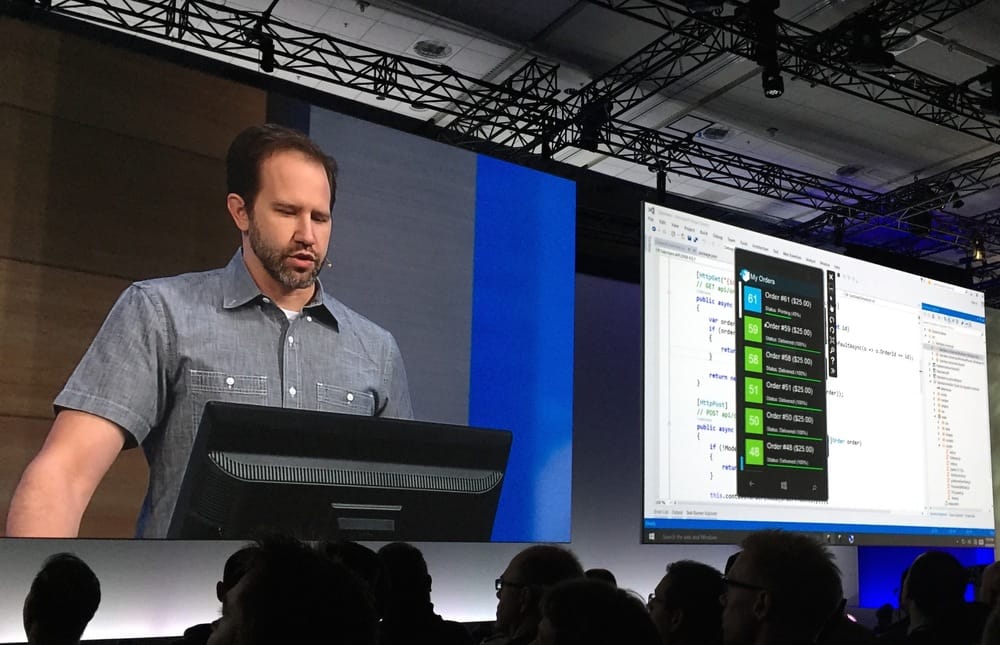 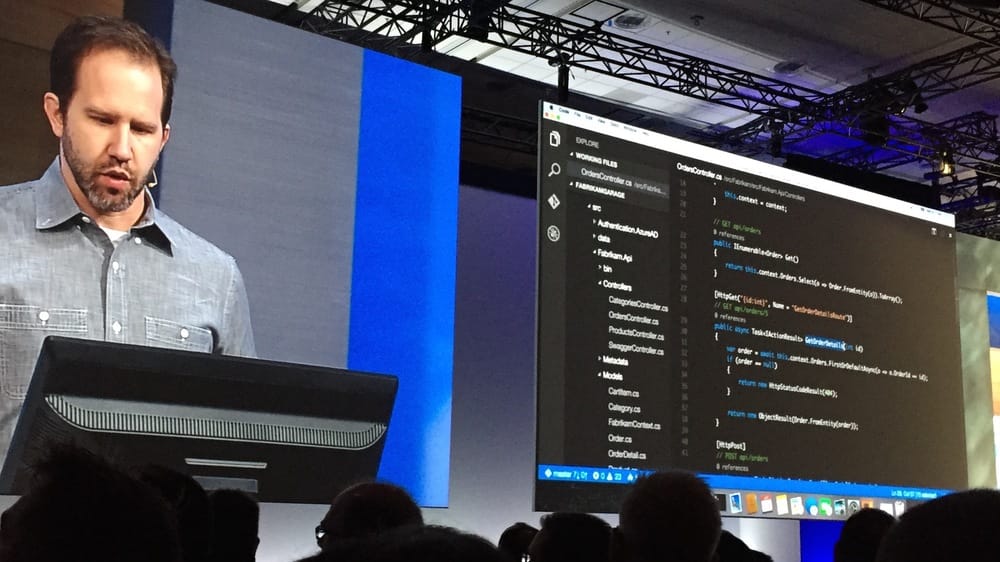 OS X in a Microsoft keynote. The tables have truly turned. 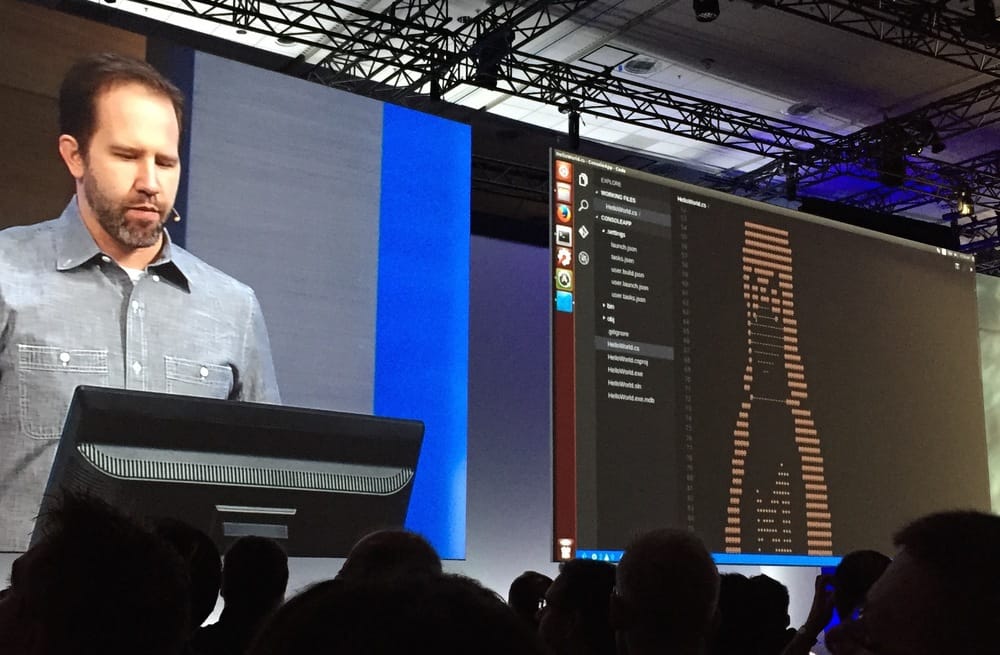 Tux watches as hell freezes over.

SaaS - SQL as a service. SQL is not dead, it's in the cloud.

Azure Insights is looking awesome. "Cortana, should i do a 10% promotion"? 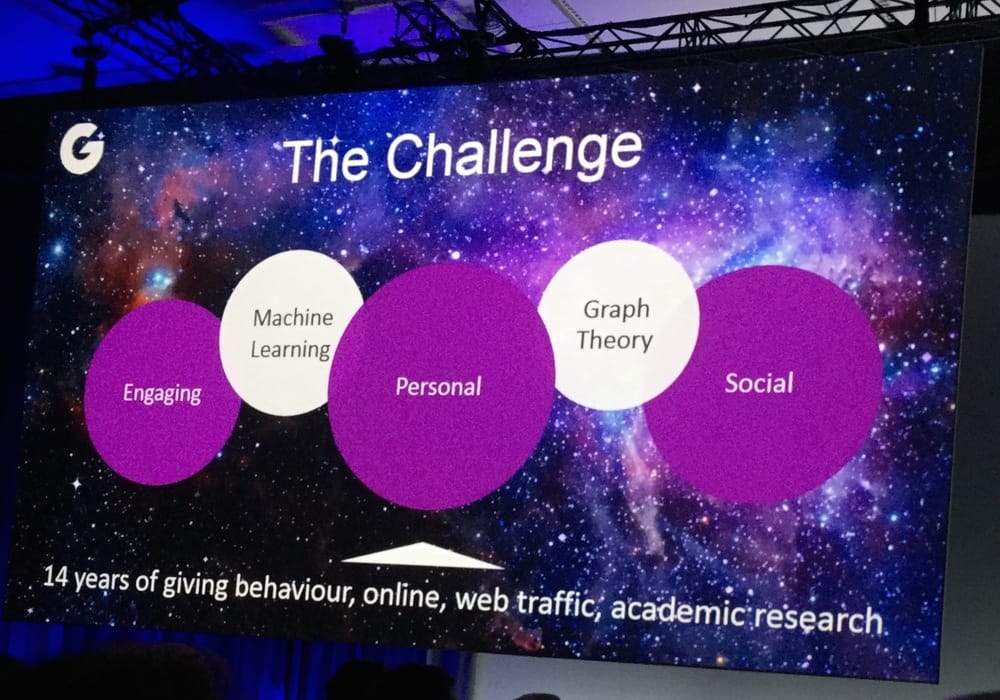 Now comes the more boring stuff. Office with a SAP-plugin. On iPad! I take back the boring part.

The iPad even makes SAP better. 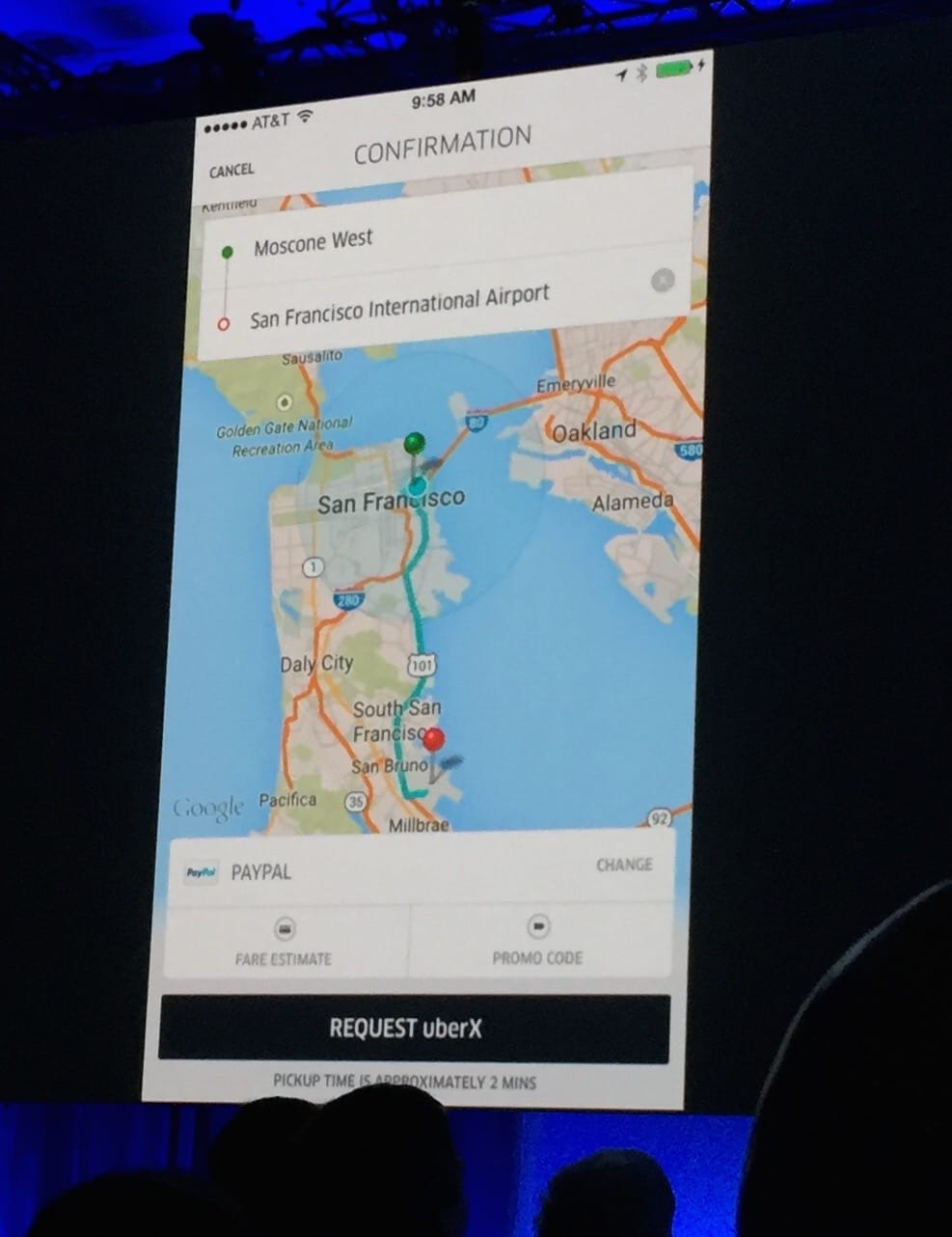 Uber extension in the iOS edition of Outlook. 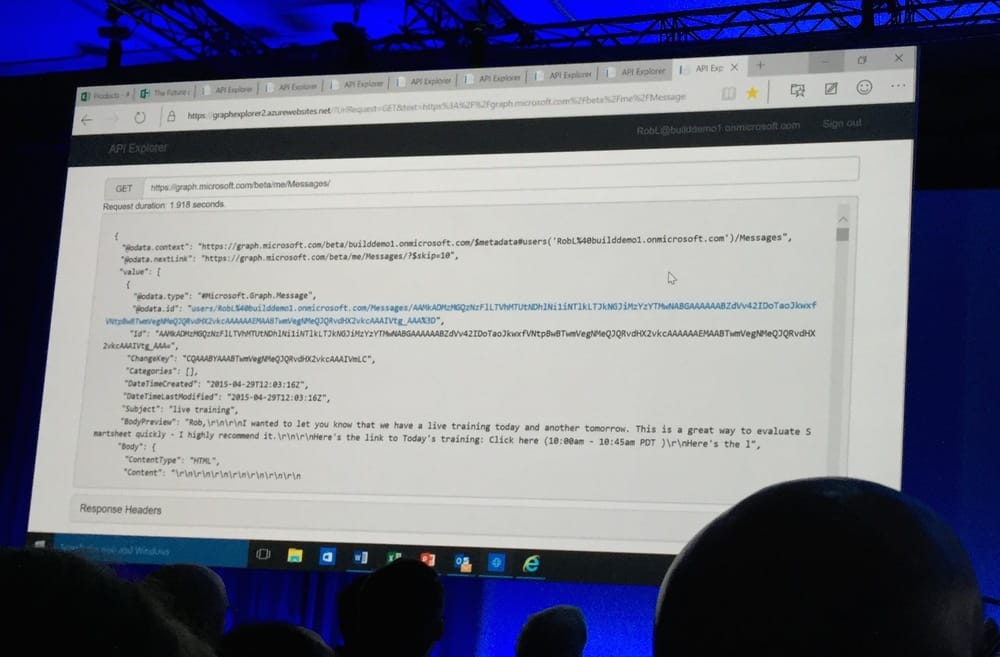 If you're seeing JSON, you're doing something right.

Memo to self: disable drug dealer notifications while presenting on stage. 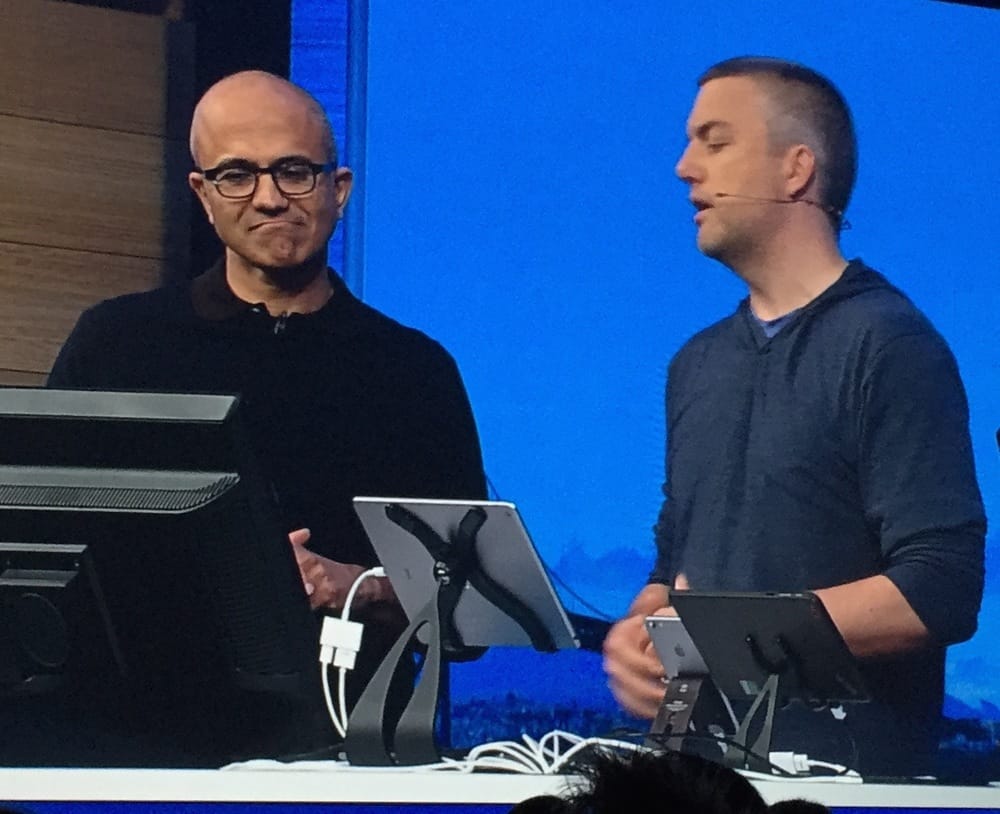 Even Satya wants the iPad Air 2. Should've been gold though.

Windows 10 is a new generation of Windows. Mobility across devices. Benefit the user. 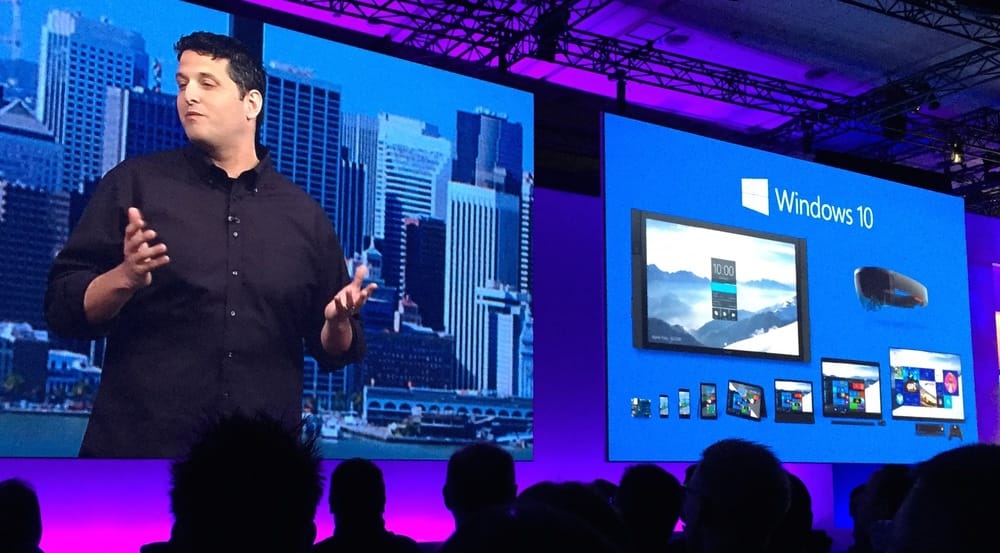 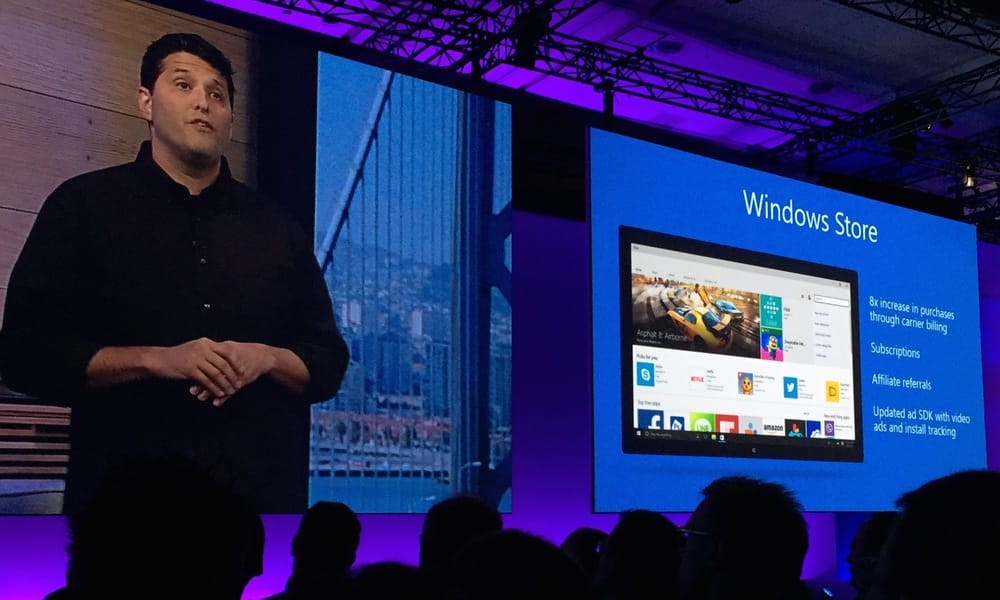 These are the hopeful eyes of a dreamer.

Universal Apps is the next big Bing, I mean thing. Great support for Web applications.

Universal platform capabilities are now available for .Net and Win32 applications. DIPS is ready for the Windows Store. Running isolated from the rest of apps. 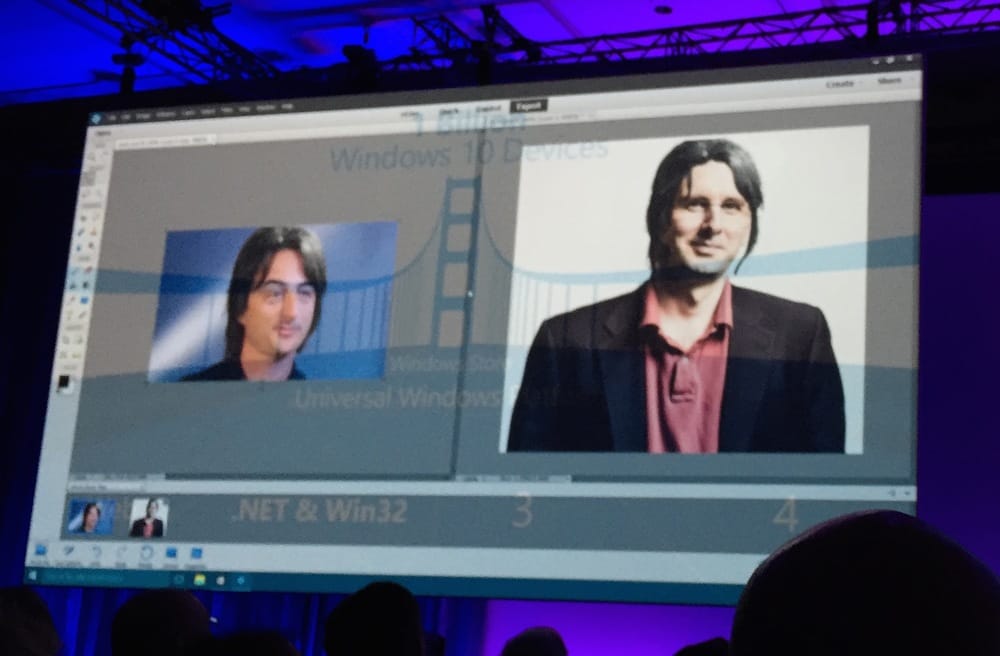 Photoshop running as a Universal App, with some camera magic added in too.

Or your ObjectiveC iOS app! Compile and link using Visual Studio on Windows 10 :) 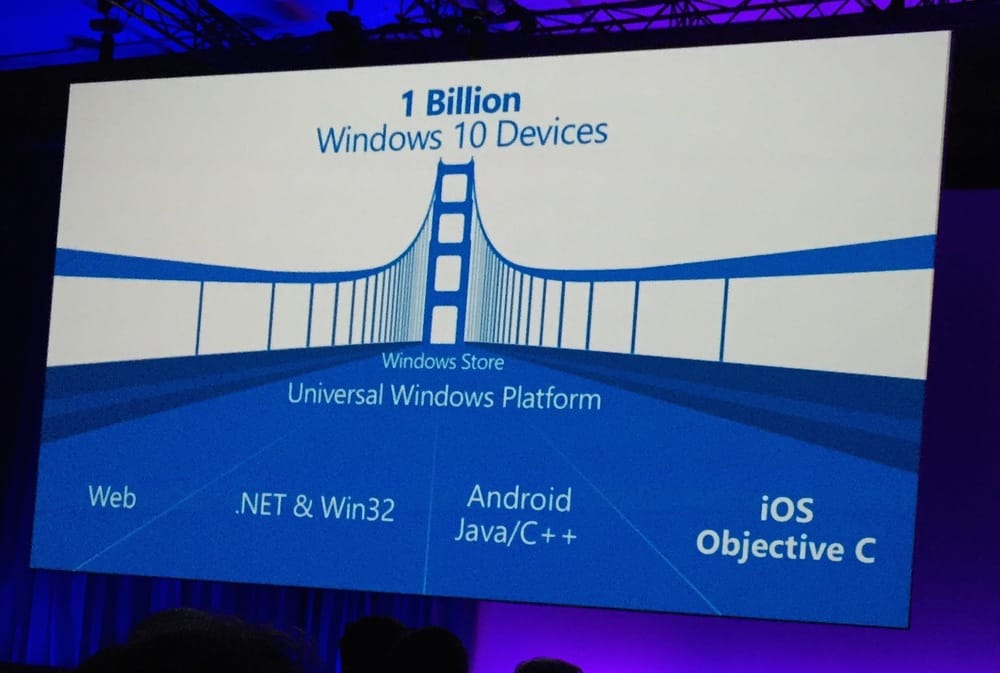 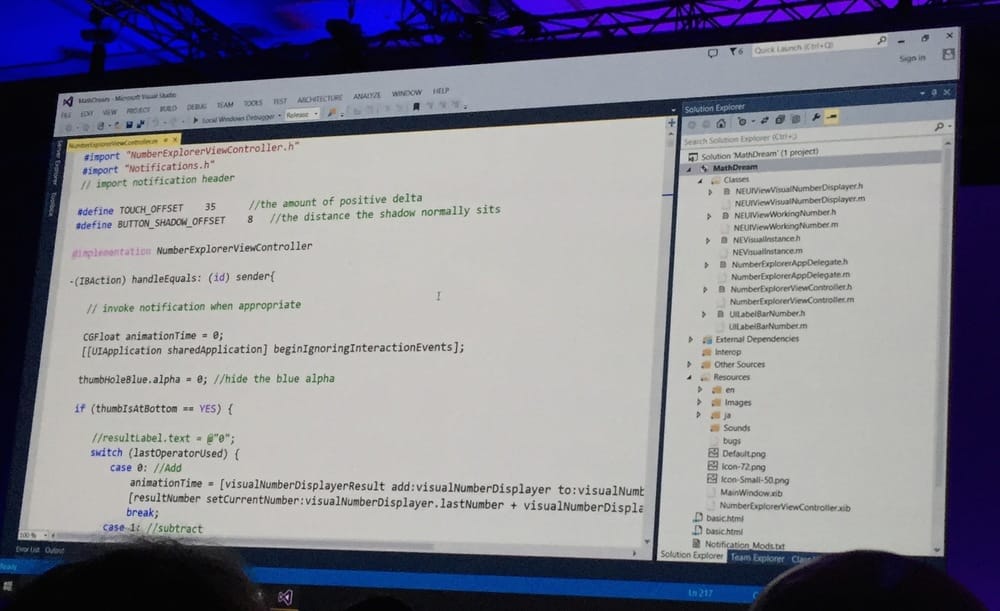 ObjectivC is not prettier in Visual Studio

One more thing. The Prize of the show is an HP Spectre x360. 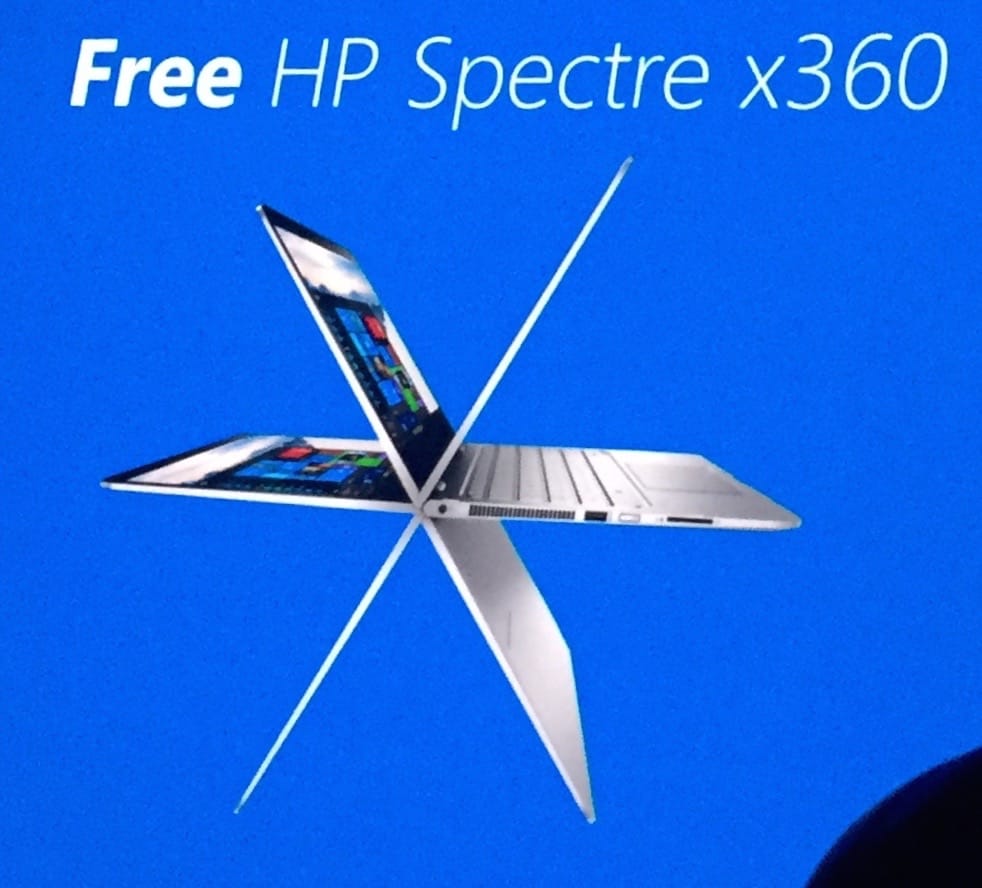 Project Spartan is now Microsft Edge. Memo to self: never use your internal code names in public. 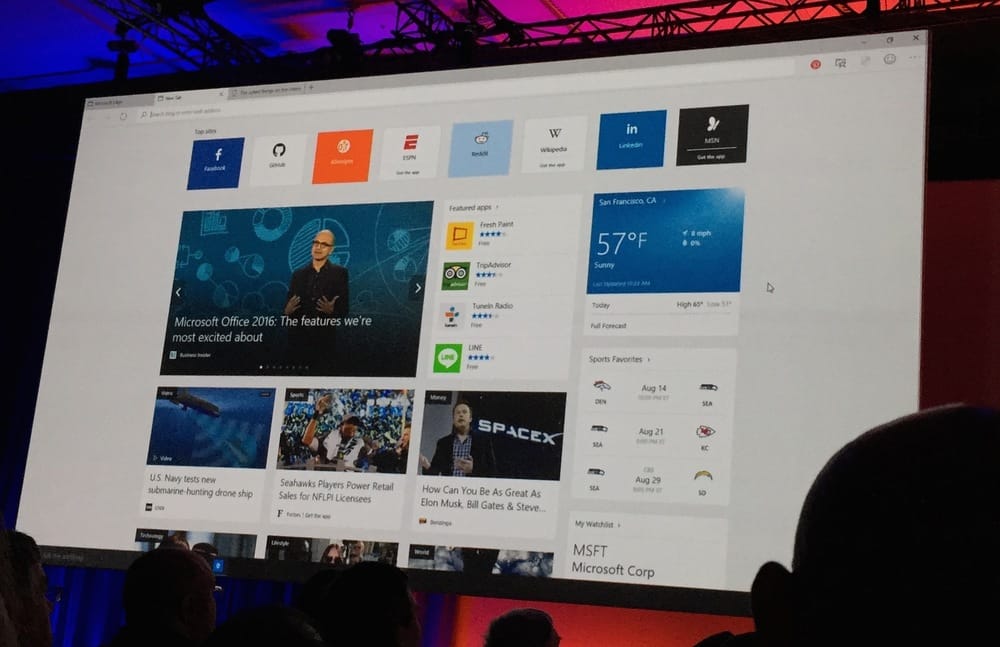 Looking over the edge of the world.

Windows 10 phones are omnidevices, becomming a PC when a keyboard and mouse are connected. 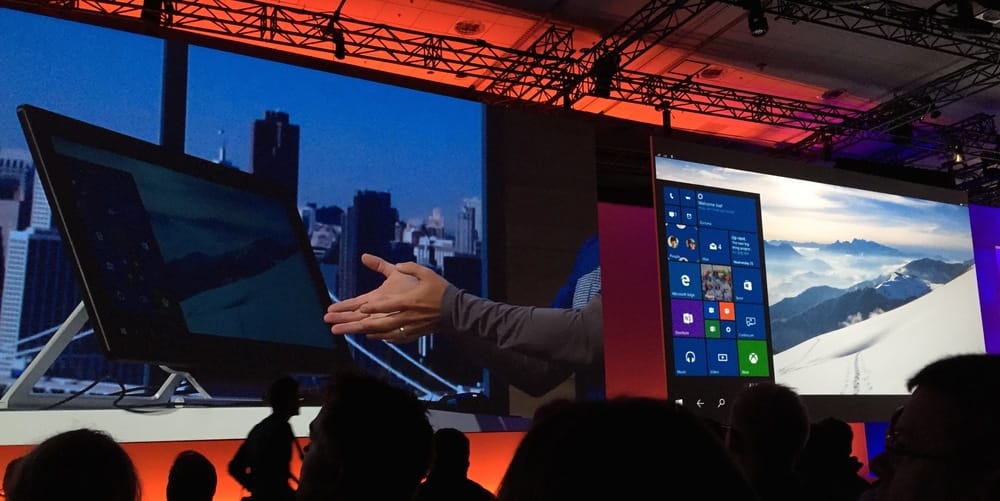 Continuum is Handoff on acid.

People, not devices, are mobile. Bring on the Holograms! 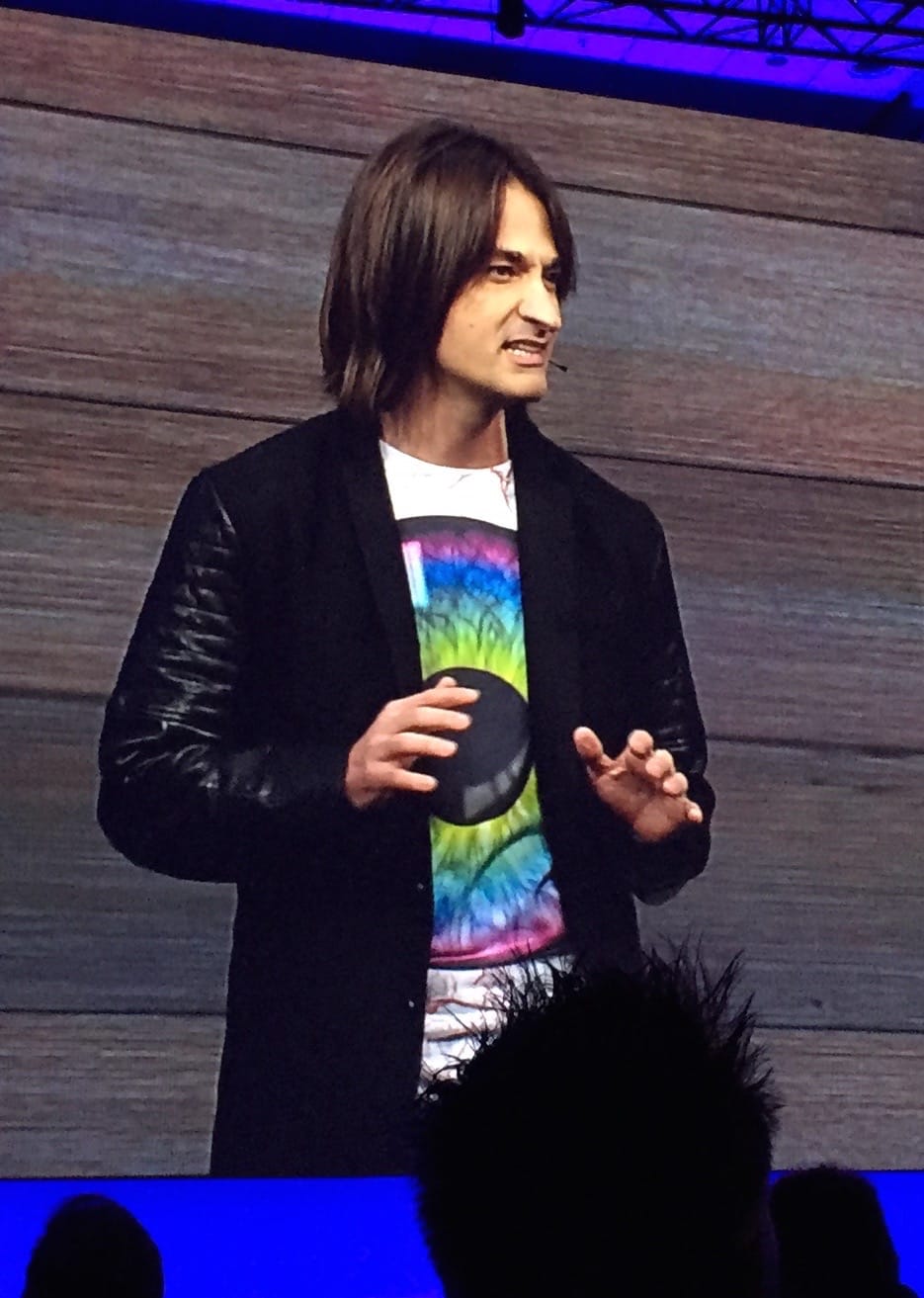 The future is very intense. And somewhat angry. 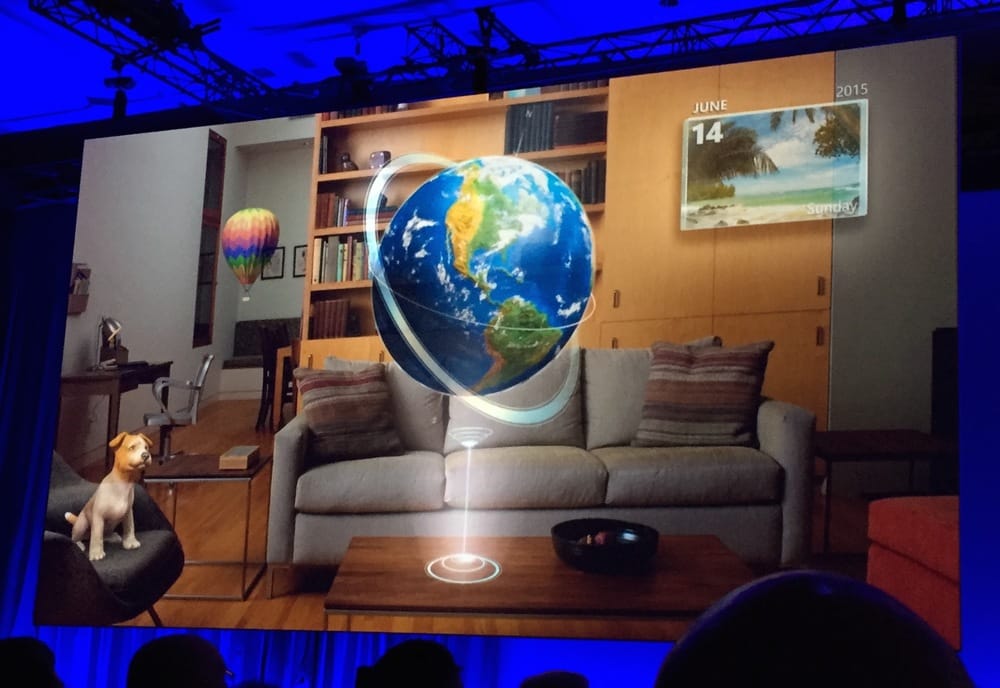 Look at the puppy!

Hololens is really cool in a professional setting.

View real physical objects in a greater than real detail.

No Phone or PC required.

Microsoft is running a Jony Ive design video, without Sir Jony. And not just on a white background.

Not pure enough! Where is the white room?

All Universal Windows Apps can be holograms.

You can now sumperimpose a virtual robot on a real one.