Continued innovation without breaking existing stuff is one of the major drivers to increase the modularity of the .Net ecosystem. Modular and Optimized is the mantra, making the frameworks useful in our cross-platform future.

The .Net Framework 4.6 if the compatible in-place replacement for .Net 4, 4.5, 4.5.1 and 4.5.2. WPF is the UI stack for classic desktop apps. Still. .Net 4.6 and WPF contains many performance and reliability fixes. Should now render properly on retina screens. 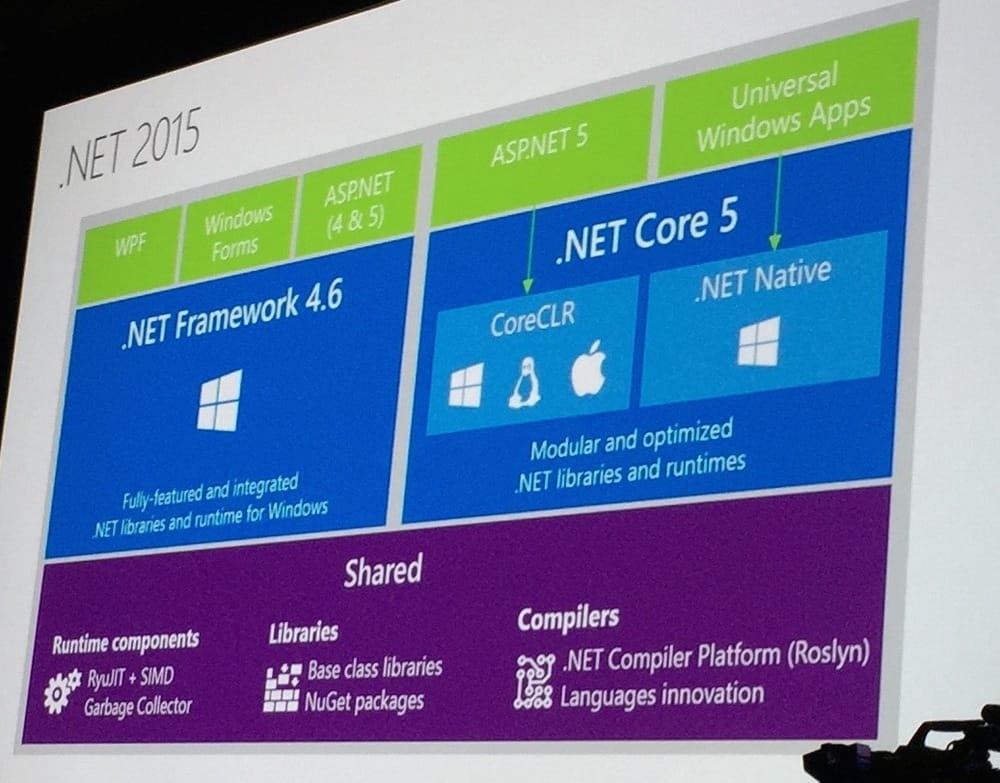 One of these will soon be legacy.

WPF tooling in Visual Studio 2015 is much improved. It contains Blend, UI profiling and diagnostics tools, and a UI Debugger. Less need for third party tools, and no more excuses for not doing memory and performance profiling.

Good stuff. Desktop apps might be legacy, but also 90% of all apps running on Windows on a day to day basis. They will live on for a long time yet. Windows 10 will be the next Windows XP, a baseline which we can build upon in the future.

Roslyn is now open source, using the compiler as a service has never been easier.

.Net Native is used in universal apps when compiled in Release mode. The compilation gets another step, the VC++ compiler. Thus you get native performance, and managed productivity. Faster startup, less memory usage, better performance.

Microsoft continues its partnership with Xamarin and Xamarin’s tooling is neatly integrated in Visual Studio. Even the iOS and Android visual designers. You still have the choice between Portable Class Libraries or Shared Libraries for your cross-platform common code. 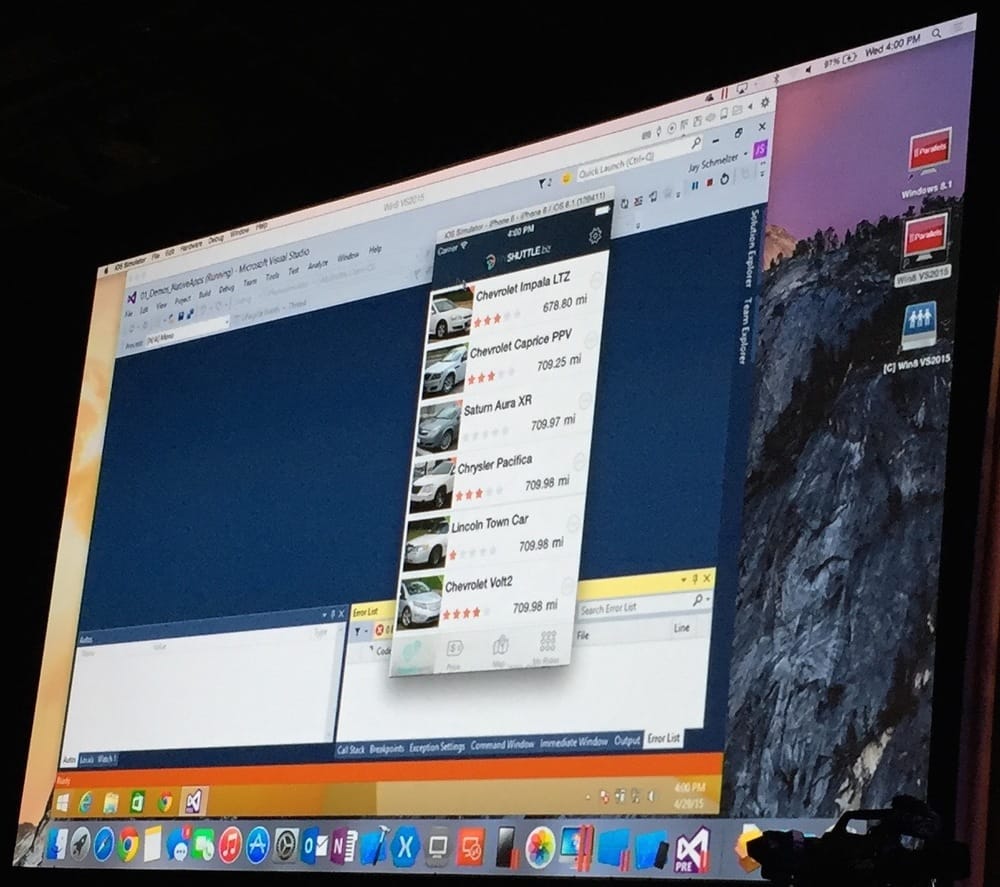 ASP.Net 5.0 is cloud-ready and the micro-services book has been read. Smaller footprint and more modular implementation. Nuget is used to import the different functionality. You need only what you use. Since .Net Core 5 can be run in-app, side by side with other versions of .Net, you need this .Net version to get the full feature set.

As with all other modern things, dependencies are defined in a .json-file, enabling collaboration with non Visual Studio users.

.Net Core 5 on Linux is deployed side by side with your application. XCopy deploy FTW, also for a framework. No UI-stack. Yet. 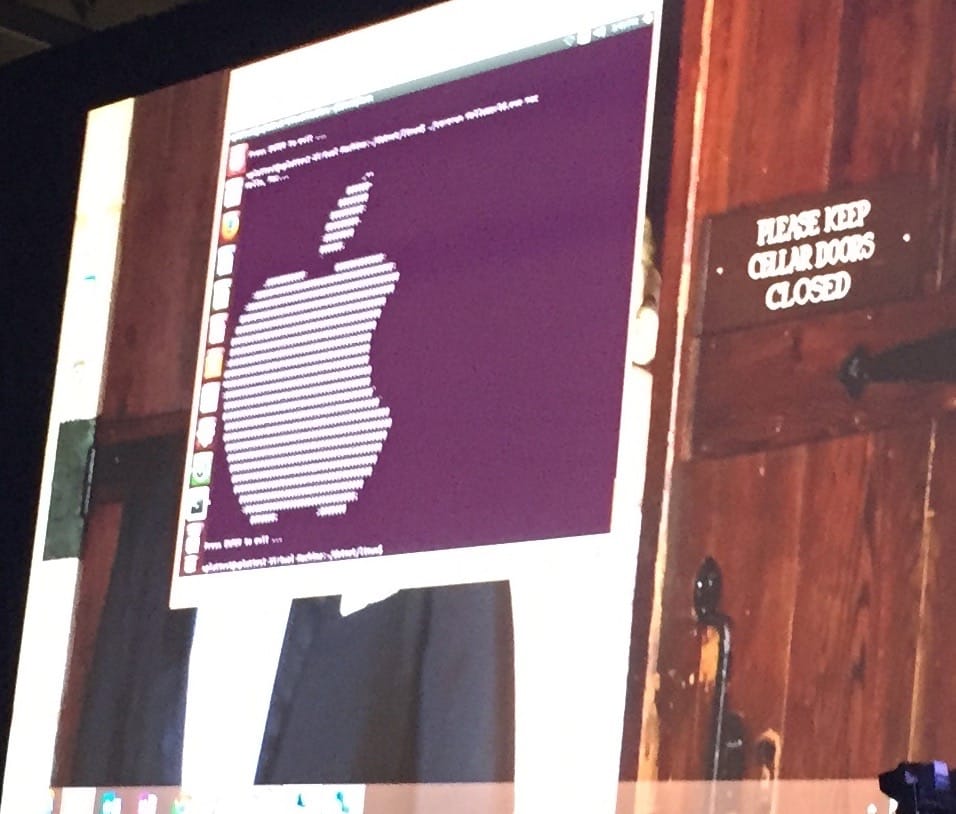 The Apple logo show by a .Net application running on Ubuntu.